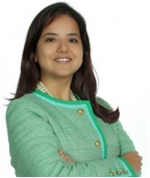 Tarsila Talarico is an Associate Attorney at Rifkin & Fox-Isicoff, P.A. She practices in the area of Immigration and Nationality law.

Tarsila is admitted to practice law in the District of Columbia, United States and in Brazil. She is also a member of the American Immigration Lawyers Association (AILA) and the South Florida Chapter of AILA.

While in law school in Brazil, Tarsila always had interest in International law having written her final thesis in European Law. After receiving her Brazilian civil law-based degree, she decided to come to the United States to study American common law. Being a first-generation immigrant herself, she found her purpose to practice law in the study of Immigration law and Civil Rights. In the past, Tarsila has volunteered at ACLU of Maryland and managed the CASA de Maryland Baltimore Workers Center, participating in grassroots and community organizing events. Tarsila is a Court Interpreter for Portuguese for the State of Maryland and a Professional Translator certified by the New York University School of Professional Studies.

Tarsila earned her LL.M. in American law and her M.A. in Legal Studies from the University of Baltimore School of Law. Before that, she earned her LL.B. Bachelor of Laws degree in Brazil from the Faculdade de Direito de Itu, São Paulo. Tarsila is fluent in English, Portuguese and Spanish and has intermediate German skills.

See our profile at Lawyers.com or Martindale.com