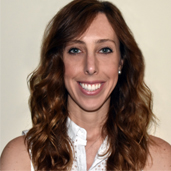 While in law school, Anabel refined her knowledge and passion for immigration law and related issues through her involvement in various immigrants’ rights groups, non-profit organizations, and law school clinics. She spent a year as a Dean’s Fellow for the International Human Rights Law Clinic, assisting clients with asylum applications and other humanitarian-based petitions. She also spent a year as a Student Attorney for the Immigrant Justice Clinic, where she practiced immigration law before the immigration courts of Arlington, VA and Baltimore, MD. Her experience also includes representing clients before U.S. Citizenship and Immigration Services (USCIS). Anabel served as a law clerk for the Central American Resource Center (CARECEN) where she worked on applications for Temporary Protected Status (TPS) and Deferred Action for Childhood Arrivals (DACA), which was just at its inception at the time. She also participated in community outreach programs to educate the DC metropolitan area on possible available immigration benefits. Anabel served as a law clerk for the immigration firm of Maggio+Kattar, P.C., where she focused on H-1B skilled worker petitions and Employment Based Immigrant Visas (E-B 1-3), along with employment-based adjustment of status applications.

Anabel earned her J.D. from American University, Washington College of Law. Before that, she earned a Bachelor of Science degree in Journalism from the University of Florida. Anabel is admitted to practice law in the state of Florida and is a member of the Florida Bar Association. Anabel is fluent in English and Spanish.

See our profiles at Lawyers.com and Martindale.com